There are many decisions to be made prior to even starting to pour the foundation of a new house.  One of the most important is that of placement of the house.  Our little cove was on the southeast section on four acres of steeply graded granite ledge and forest.  There was no electricity, no telephone poles, no connection to water and sewer lines.  We were “off the grid”.  Regulations mandated that we be no closer than 75’ to the water line which was fine for us.  Watching houses wash into the ocean periodically in California and the constant threats of global warming and rising oceans were enough to placate any quixotic notions of being directly on the waterfront.   We were just fine with a bit of distance and 75’ isn’t very far.

Brian Burgess of BK Burgess Inc. ordered another survey and we came up in August 2003 to walk the land with him.  Brian had mentioned that his parents owned a bed and breakfast inn in Stonington.  We looked online (www.burgessbedbath.com ) and booked a room.  Colleen and Bob Burgess were welcoming, informative, and justifiably proud of their talented son.  Each of their rooms were spacious, immaculate, and charmingly decorated.  We ate a hearty breakfast with them and then met up with Brian.

We must have sounded almost childish in our enthusiasm for the thick spruce forests, the granite shores, the “flat ass calm” water leading to numerous small islands.  The unique thing about islanders is that they aren’t jaded to these natural assets.  More than one resident mentioned that we have purchased land on a pretty little cove and spoke of how special it was. 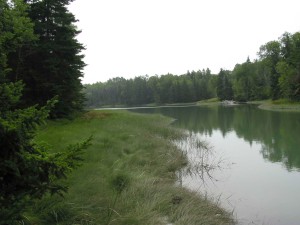 After turning down Sunshine Road, crossing a causeway, and winding past stacked lobster traps which “decorated” the houses on both sides of the road, we finally arrived at our long and narrow sand covered path that led to our land.  We parked at the top and began our descent through the forest.  Brian pointed out the orange posts and plastic tape on trees that served as boundary markers.  Everything looked different and even more enticing now that the snow had melted and the green had returned.  We tried to pay attention to what he was saying as our eyes were diverted to the huge granite boulders, the various mushrooms and Lady’s Slippers, the lichen, the white birch bark peeling from the trees, and our lungs delighted in the pine scented air. 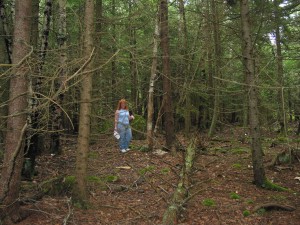 The steep hill came to a natural flattening approximately 200’ from the shore line.  This didn’t leave much space for the house, garage/workshop, spacious turnaround driveway (necessary for the construction and later oil delivery trucks) and of course my potager’s garden…but it was enough.  The expansive wall of windows called for placement toward the shore which meant that the front part of the house would rarely be entered.  Guests would informally walk right through the doors opening into the heart of our house – the dining/kitchen area. 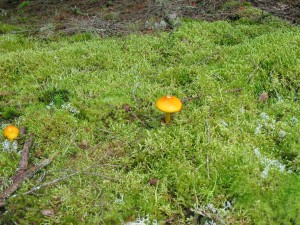 We were there to make some important decisions and we achieved this goal but we could hardly concentrate as we wandered around this thrilling and to my imagination mystical terrain.   It seemed a shame that we would intrude and we vowed to leave it as pristine as we could. 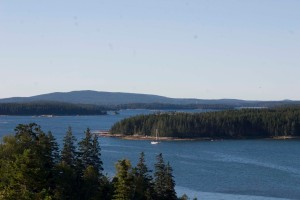 As someone who has relocated several times – buying and selling houses of my own for personal and investment purposes – I can easily put myself in my clients’ shoes. I know what I needed from my Realtors and I attempt to provide that or better for my clients. My family relocated to Charleston six years ago and my love for the city and the lifestyle is one I enjoy sharing with others. Prior to entering real estate in the Low Country I was a hospital administrator for many years in Charleston and New York City and was a Realtor in Sarasota, Florida. Leveraging my experience, I pride myself in providing outstanding client service, availability, personal touches, multi-faceted marketing, and skilled negotiations. The level of trust given to me by a client is the greatest compliment I receive as a professional. It is the foundation of my practice. My dedication to each and every client is evident before, during, and after the sale!
View all posts by Shawn Phillips →
This entry was posted in Building a Cottage and tagged BK Burgess Inc, Bob Wilson, Bob Wilson photography, Brian Burgess, building, building a house, building contractors, building design, Burgess Bed and Bath, Coastal Maine, coastal property, construction, deer isle, Downeast Maine, Forest, house, house builders, house building, house design, ME, photography, photos, real estate, Robert Wilson photography, Shawn Phillips, stonington. Bookmark the permalink.

5 Responses to Visiting the Enchanted Forest